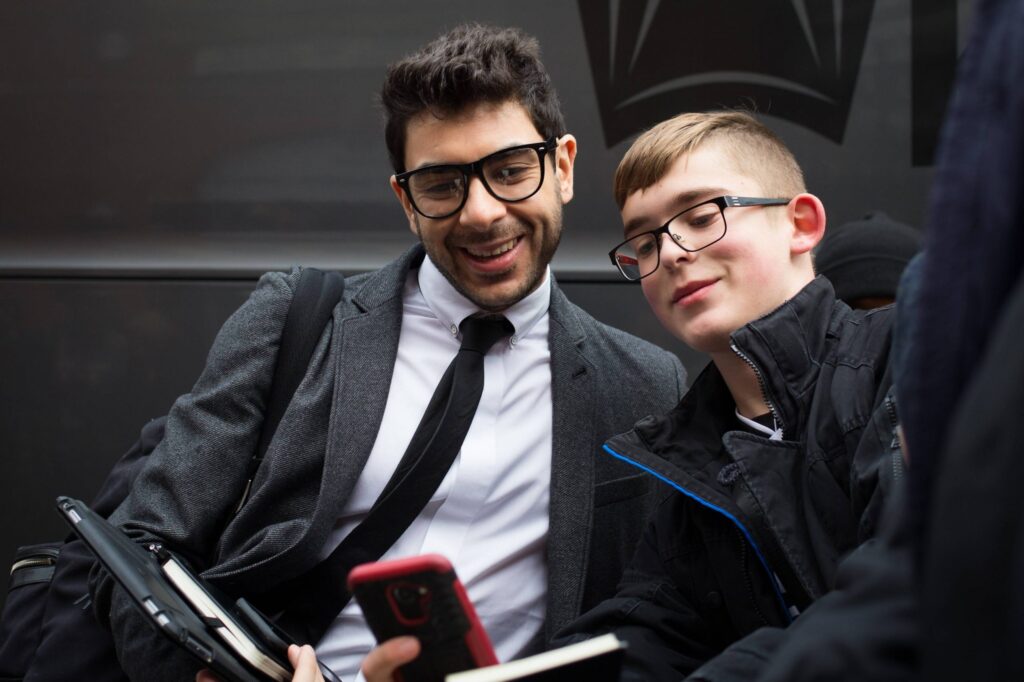 Antony Rafiq Khan, who is known as Tony Khan, is an American citizen and business executive. He is the co-owner of the Jacksonville Jaguars and Fulham FC. Kahn is also the founder and CEO of the wrestling promotion known as All Elite Wrestling (AEW). As of 2022, Tony Khan’s net worth is estimated to be around $1 billion.

Tony Khan is the son of Pakistani billionaire businessman Shahid Khan and Ann Carlson. He attended University Laboratory High School and later moved to the University of Illinois, where he graduated with a Bachelor of Science that was focused on finance.

Tony Khan Net Worth and Career

Tony Khan became the co-owner of the Jacksonville Jaguars in 2012 and currently serves as Senior Vice President of Football Technology & Analytics there. Nevertheless, with his involvement in many endeavors, Khan wears many hats to manage the ventures.

Five years after his transition into a co-owner of the Jacksonville Jaguars, he became the co-owner of Fulham F.C. He is currently serving as the Vice-Chairman/Director of Football Operations throughout that time. With this in mind, Khan plays a pivotal role in helping attract talented players to the club.

In 2018, Khan will start All Elite Wrestling (AEW). When his family was the lead investor, Since he loved professional wrestling from a young age, Khan dreamed of starting his promotion. He has been working towards this for five years by noting that he must make AEW a well-known name in the world of professional wrestling.

He is serving as the President and CEO of AEW and has been aided by legends like Chris Jericho, Big Show, and Christian. In 2021, Khan was able to convince CM Punk to come back to wrestling after seven years. He has stated that his fans can expect even more superstars to become part of the roster and going to do really well in the upcoming year.

The popularity of AEW has been the result of Khan’s creation of a wrestling world, in which he created a culture where the wrestlers are encouraged to creatively express themselves through scripts that would best meet their character. His work in marketing wrestling promotions has earned him the Wrestling Observer Newsletter Promoter of the Year award in 2019 and 2020.

Besides these ventures, Khan is also the owner of a company called TruMedia Networks which provides sports analytics solutions for different leagues around the world.

Tony Khan hasn’t revealed his relationship status. It is not known if he’s currently married or has children. Though Khan is active on social media, the majority of his posts are about different businesses he is managing.

As of 2022, Tony Khan has an estimated net worth of $1 billion. His father, Shahid Khan, has accumulated a net worth of $8 billion over the years, coming in 66th place in the 400 richest people in America. He’s the richest person who’s come of Pakistani origin through the success of his automotive company called Flex-N-Gate with him later expanding to several other Businesses.